Whose Map are you Following?

Ask for help when needed, seek council when appropriate, but always disregard any advice that doesn’t jive with the map drawn in your head.

It occurs to me that now, more than ever, there are a trillion and one hare-brained ideas out there being spread farther and wider than at any point in human history, and nowhere is this more true than in the world of audio production and engineering and a little app I like to call “the internet.”

Actually, calling these things “ideas” is a bit generous, in reality they’re nothing more than opinions, thoughts that someone had. The catch is that they believed the thought, they elevated it to the level of truth. Even that’s not such a big deal, we’ve all got to find and adopt our own truths. 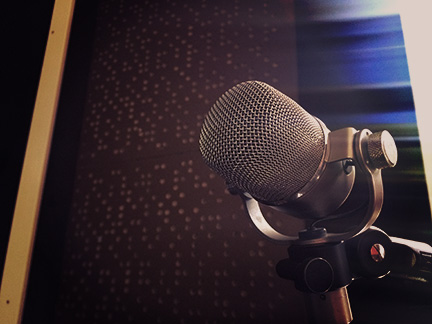 The trouble begins when that someone tells someone else --- usually someone with less experience or conviction --- what ‘the truth’ is… and the other person believes it, blindly adopting it into their own little family of personal truths, and (9 times out of 10) deciding that the most helpful thing to do is spread the gospel.

And on it goes, until before you know it, you’ve got yourself a ‘conventional wisdom’, an accepted truth, a rule that is best adhered to.

Let’s take one of my favorites, a long-standing and extremely popular idea in the world of mix engineering: never tweak a sound in solo. The idea here is that eq, compression, fx levels etc., all of these things need to be adjusted in context because the whole point of mixing is to get things sounding good as a whole; how an element sounds in solo is not only irrelevant, it’s actually counterproductive to spend time working on it.

For me, there’s a lot of truth in that idea, and the logic is indisputable. The problem is that it takes an end goal --- getting everything to fit together --- and prescribes a workflow, it claims that a specific process or pathway is the right way to get there, and that alternative pathways are suboptimal, dare I say wrong.

News flash: it’s all crap. Ok, maybe it’s not all crap, but it’s definitely not true for all of us. I can personally testify that it’s entirely possible to develop the ability to solo an element out, carve its frequencies, dial its compression, set its reverb and delay and whatever else, and have the results be mostly or exactly what’s needed in the context of the full mix.

I know this because, at least for the first half of the mixing process on any given song, it’s how I work. When something isn’t fitting into a mix, I won’t hesitate to solo it out, listen to everything that’s going on inside that one sound, and adjust it in ways that my instincts and experience tell me is needed. Is there a frequency range that’s bloated, just kinda sitting there motionless and taking up space? I’ll cut it. Is there a frequency range or, worse, a particular resonance that’s poking out aggressively and grabbing my attention in the wrong ways? I’ll smooth it out, usually with some compression, maybe with a dynamic eq (which, in my humble opinion, is just another type of compressor). 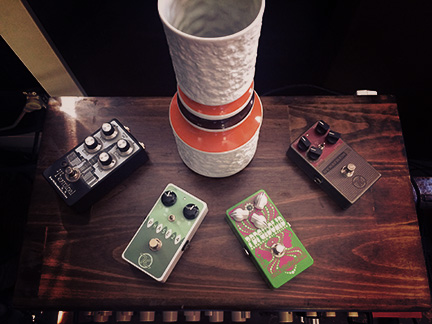 The thing is, when there’s too much chaos happening (in other words, when every sound in an as-yet-unglued mix is aggressively vying for my attention), I struggle to effectively focus on the thing that’s bugging me most, which makes the solo button an instant cure. Years of practice have made me quite adept at knowing what a solo’d sound is doing that’s problematic to the whole.

To be clear, I spend at least as much time adjusting things in context as well. Usually, those are the smaller moves, the fine tuning and massaging that happens when a mix is more than halfway there and is starting to sound like a record. The spaces between sounds have opened up and are clearly defined, the general relationships between the various elements have been established, the arc of the story is coherent. At that point, hitting solo is far less common for me, my ears are almost always taking in the big picture and I’ve moved on to the kinds of subtler movements and dynamics that elevate a mix from ‘pen and ink storyboard’ to ‘3D VR movie.’

What else do I do that’s generally advised against? The cheeky answer is ‘whatever the hell I want’, and it’s glib but it’s also true. I routinely track with eq on critical elements like kick, snare, bass, guitar and vocal. Guitar is generally loaded with effects as well, and vocals are always tastefully compressed before they’re digitized.

In the past I’ve set up a few of my mix spaces on a diagonal, with the speakers oriented across a corner, because it sounded better that way; that was my experience when the room was particularly small, like 10 feet or less in one or both horizontal dimensions.

My latest ill-advised scheme that paid massive dividends is my current mix room. I completely disregarded the well-intentioned advice of several high end studio owners and acousticians, and proceeded to remove all of the drywall from all 4 walls as well as the ceiling. I lightly filled the space between every stud and joist with roxul’s “safe and sound”, then covered the walls with vinyl window-screen (to hold the insulation while letting sound pass into it) and finally covered all of that with fabric. And not just any fabric, but swaths of 70’s rust orange and deep brown crushed velvet, because what’s more pimp than crushed velvet??

All I can say is that I had the absolutely unshakeable notion that eliminating the drywall would eliminate the annoying hard ringing tonality of the room, and by effectively making my room a padded cell of velvet-covered broadband absorbers from corner to corner, floor to ceiling, I would radically reduce the low frequency nodes and generalized slop at the source. And isn’t ‘get it right at the source’ one of the biggest conventional wisdoms of them all?

By keeping the floors hardwood and strategically hanging some diffsorbing panels (absorptive panels with a thin, rigid, diffusing side facing the room) in key locations, I was able to restore just the right amount of the right type of brightness to the space.

As a result of all that, I’ve now got a mix room whose transients are incredibly fast, clear, and well defined, whose low frequency response is eminently workable, and whose overall sound is perfect for recording the kinds of tight, dry 70’s drum sounds I adore. And I managed to do it all by using the panels and treatment I already owned, and sinking another $1000 into fabric and insulation. 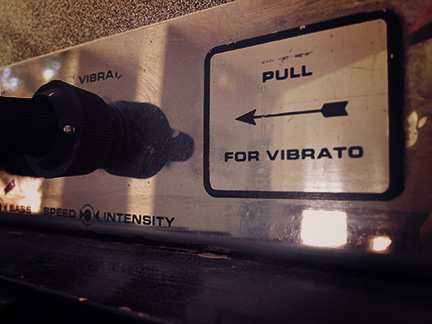 I’m not telling you all of this to brag about my cleverness or my (admittedly awesome and vibey) creative space. I’m telling you this because I want to drive home the importance of ignoring the unimaginably large chorus of voices out there trying to tell you what you should be doing and how you should be doing it. Even the wisest and most highly regarded experts out there have limits to their knowledge. Because they’re human, they also have deep biases in their thinking and countless unknown, hidden motivations behind their actions and words.

I’m not advocating that you recklessly disregard the incredible body of knowledge, wisdom, and good advice of the countless masters and geniuses who’ve come before. Instead, I’m advising you to take it all in with a completely open mind; listen to the words, assess the positions, absorb the meaning. Let it ferment, let it stew, let it swirl around in the back of your mind, beyond your thoughts, underneath your waking consciousness.

Then, when your own conviction solidifies and your vision emerges of what needs to be done… do it. Ask for help when you need it, seek counsel when appropriate, flex and adapt when it feels right to do so. But likewise, regardless of the source and irrespective of the logic, respectfully disregard anything and anyone that strikes you as dissonant or out of line with the map that’s being drawn in your mind.

This is not a recipe for success, that may happen but failure is both inevitable and desirable. What I’m advocating is a recipe for growth. It’s the only way I know to learn, not just about the world and how shit works, but about yourself, about what you want and the lengths you’re willing to go in an attempt to create it.

Fortunately, like all pain, the ache that comes from having ignored your own instincts is there to teach you a lesson. The thing to ask yourself is this: are you strong enough to learn from it? The next time you’re faced with the decision of following someone else’s time-tested map or honoring your own unique compass, which path will you choose?