There’s a well-known quote that says something to the effect that ‘life is a collection of habits’. That’s one of those ideas that strikes me as either very grim, or very empowering, depending on my mood.

In a nutshell, the thinking is that almost everything we do --- from choosing what time to wake up to the series of activities we do immediately thereafter, from the ways we react to any given event to the things we choose to think & say (and not say) in response, from the foods we crave to the people we gravitate towards --- all of these amount to highly patterned and largely predictable behaviors which are themselves informed by millions of habits that we may have chosen at some point, but which have long since become automatic, unthinking, unconscious. 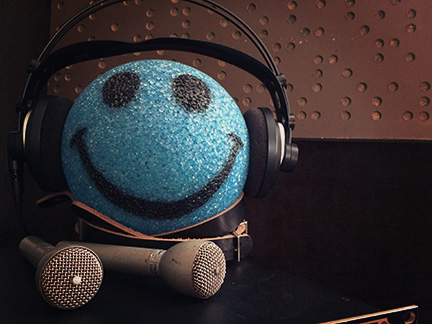 How can that be empowering? Simple: habits can be broken. It’s not necessarily easy, and depending on the thing in question it can be downright agonizing… but it’s always simple.

First comes awareness, then comes a choice, then comes the willpower to enact that choice, and finally comes the discipline to stay consistent in the new behavior.

And then, if you’re lucky, that new behavior will itself become… a habit. The cosmic joker strikes again!

So what does this have to do with music and production? Assuming you want to get better at your craft, it has everything to do with it. I don’t know you, but I know when you step into the studio you likely have a slew of routines and subroutines you execute without thinking.

More to the point: some of those habitual routines create ceilings beyond which you cannot rise.

Here’s an even bolder claim: some of those ceilings you’ve created are invisible, you don’t even know they exist, which means you’re unaware of how they’re limiting what’s possible.

But there’s a beautiful truth in that statement, namely: you created those ceilings, simply by doing what you’ve been doing. So what would happen if you changed what you do?

Maybe something life-changing. Maybe nothing of consequence. Probably something in between. 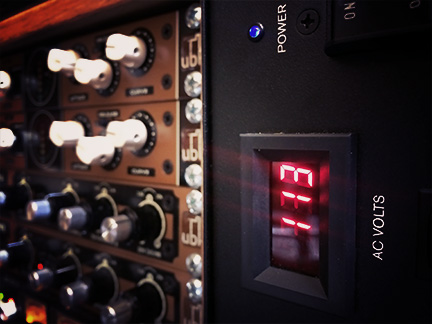 All of this pseudo-psychological nonsense (that I nevertheless believe, which makes it true for me) is why I spend a good deal of my time randomly experimenting with things that look like the polar opposite of what I’m used to. I do this all the time with mixing, songwriting, and performing. I also do it with daily routines, social encounters, and business decisions.

The end result is that I’m constantly learning things I’m fairly certain I wouldn’t have learned otherwise, and my brain stays limber and flexible because I’m perpetually throwing it into situations where it can’t simply default to the comfortable and familiar neural networks its built up through habituated routine.

So in the spirit of making life better, one tiny step at a time, random future Museletters will humbly put forth various and sundry exercises which are specifically designed to break your patterns and force you to engage the process of music production from a different vector. Approaching your usual process from a new vector will present you with different sets of problems than you normally face, forcing you to make different analyses than you typically do, resulting in different choices, resulting in different outcomes.

Below is the first such exercise; this one definitely had a huge impact on how I approach mixing and arrangement. I suspect it will help many of you as well, especially those who, like me, tend to mix dark and who struggle to get clarity and separation in their productions.

If you’re more inclined to mix bright and struggle to get warmth and glue, just take all of the suggestions and flip them on their head.

Start with a clean slate, all faders zero’d, all fx off. Now proceed to mix as usual, processing every sound the way you normally do, but this time make each sound as thin as you can stand, using some combination of high pass filtering and/or low shelving. Then make it a touch thinner, just past the edge of what you think is right.

Leave the bass alone, don’t thin it out, don’t hype it up.

Now try mixing those sounds as is, see what happens. Focus on the overall spectral balance of the mix rather than the audibility or prominence of musical instruments and sounds.

If it’s all too thin or midrangey, choose ONE sound to get your fat treatment and use that element’s fader as if it were a ‘Fatness’ knob for the whole mix. 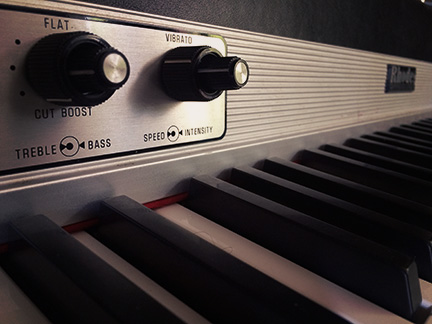 Again, listen to the big picture in terms of frequency balance rather than parsing it up and overfocusing on individual instrument balances.

If that one sound can’t give you the fullness you desire, make it thin again and choose a different element to bring the fatness.

If you do end up getting the warmth you need, only to find the mix sounds too dull or closed off, choose ONE sound to have sparkle and air and shape it accordingly.

Think of that ‘shiny’ element as the treble control for the whole mix. Hint: for me it’s usually the vocal or the cymbals/percussion. Sometimes it’s just the snare. It could be something else entirely. Experiment.

It’s a formula to live by: a mix only needs one, maybe two _XX__ elements for everything to sound __XX__. A song only needs one edgy element to sound edgy.

In short, I’ve found that this particular formula shows up in every arena we find ourselves in, so feel free to use its simple but effective math to nudge your game up on every level, in every department.

You’ve got nothing to lose except a couple of hours, and maybe a few suspect patterns…