Whatever it is you need to do, get on with it now, and if you’ve already started, keep going until it’s done.

For over two years now, my lovely lady Sarah & I have been working non-stop on a proper 8-song record. Here’s what most accurately indicates the depths of our insanity on this particular project: in order to get to those 8 songs, we had to write something closer to 20 songs, each of which was rewritten, re-imagined, and recycled about a half dozen times.

All told, that’s over 100 unique incarnations of music, almost all of which are gone, unlikely to ever return, just to get 8. 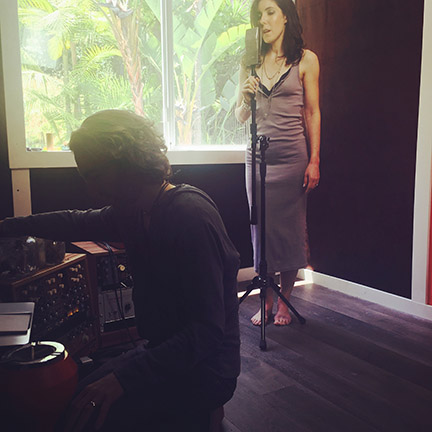 Lyrics were built up, then burned to the ground. The chorus of one song got axed, only to end up as the verse for another, totally different song. Then all of that would get tossed aside yet again as both songs took new forms, at new tempos, in different keys.

Always, every time, the goal was singular and crystal clear: make it as simple as possible... and no simpler. Use less to achieve more. Less sound, fewer notes, fewer words. Then use more to achieve more. Open up the spaces to near blackness, then slowly and methodically fill them up until everything inevitably collides and explodes, empties out, then the process starts over again… but this time, everything is a little different. The same characters show up in the second verse and chorus, but they’re wearing different costumes, standing on different stages.

The thing is, we’ve fully invested in a collective delusion that has caused us to simultaneously and relentlessly hone all of the myriad crafts involved in birthing the production of an everything-played-by-humans song. With every new iteration of a tune, we constantly seek to outdo the previous one on every possible level: writing a more compelling melody, composing a more colorful chordal structure, arranging the sections more dynamically, orchestrating the instruments more intelligently, performing the parts more emotionally, recording those performances more beautifully, and finally mixing it all down into a work of art that makes absolutely no apologies for anything, least of all whatever it happens to have become.

The delusion we suffer is that by doing all of the above until a song finally feelsright to us on every level, we can create music that embodies the quality of timelessness.

To us that means that the music isn’t designed to hook you powerfully on first listen by any means necessary, only to wear out its welcome by the 10th go-around because there’s literally nothing left to discover and the sugar-high has long since worn off. Instead, we’ve taken our cues from the kinds of records that tend to grow on you with repeated listens because the production encompasses a treasure chest of compositional and sonic gems, some of which are naked and some of which are buried and most of which live somewhere in between the two extremes.

We want to make the kind of record that you can listen to in headphones in a dark room for the 1000th time and still hear something new, something unexpected, something that puts a whole new twist on a story you thought you knew inside and out. 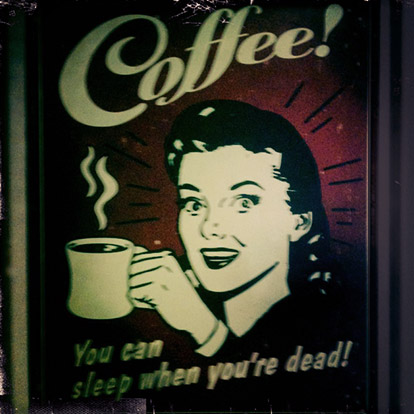 To be clear: what we don’t want is for everyone to love our music, and in fact whenever we write something and we’re questioning if it works, I occasionally ask myself this question: ‘will some people hate this?’ If my gut says ‘yes’ then I know we’re on the right track because as far as I can tell, for every rabidly unconditional fan an artist has, they also have at least one equally rabid detractor. I believe you can’t get the love without the hate, so I strive for the former and fully welcome the latter.

We’re now in the home stretch on our vision of an album with 8 songs that are separate, yet flow effortlessly from one to the next. The first tune is mixed and its video is buttoned up; this week I just finished up the mix for the second song. The plan is to do a video for the second tune, then drop the first two songs as a pair because I sing lead on one and Sarah sings lead on the other, and for whatever reason it’s important to us that we come out of the gate simultaneously.

From there, we’ll keep dropping the remaining songs & their accompanying videos in pairs until all 8 are out in the world. When that’s done, we’ll press it all to vinyl straight off of analog tape and sell a beautiful physical product to anyone who cares to hold something lovely in their hands while the room fills with the inimitable tones of a magnetic cartridge gliding over a shiny black disc. If even one person cares enough to buy such a record, I’ll consider it an unmitigated miracle. 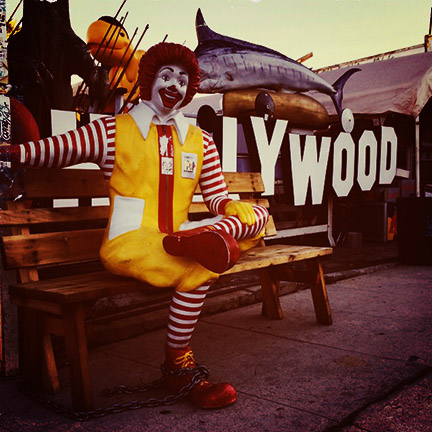 I don’t have any clever technical advice for you this week, no magical stories of how a happy accident resulted in the coolest snare sound ever.

I just wanted to share a little bit of this possibly futile, definitely maddening scheme we’ve been enslaved to over here, and hopefully it’ll encourage and inspire any of you likeminded, similarly driven souls out there to pursue your own vision with an equal amount of loving disregard for all things logical, practical, and realistic.

Time is precious, it’s literally the only thing we all partake of with equal access, irrespective of our lot in life, and none of us can generate or create more of it. We get what we get and when it’s over it’s over, there are no negotiations to be made, no contingency plans to be executed.

So whatever it is you need to do, get on with it now, and if you’ve already started, keep going until it’s done.

As for me, I’ve got another video to make, another mix to start, and more audio toys to dream up. I hope you end up loving at least some of that work, but I’m ok if you don’t. Do me a favor anyway? Give us all a chance to love what you do. Get it done, give it over, and move on. That’s my plan, I’d love it if you joined me in the madness.