Who Influenced Your Influences

Often, innovators aren’t innovators at all, but replicators. Expand your musical horizons by examining those who influenced your influences.

The title of this Museletter is a question, and I can’t stress this enough: the more thoroughly and knowledgeably you can answer that question, the more that information and understanding will unlock entirely new levels and forms of creativity for you and your art.

Before I share my thoughts on all that, let me be crystal clear: the only reason I’m writing this particular Museletter is to tweak the brains of artists who are looking for ways to expand their music in new directions, but are having trouble figuring out how to do that authentically. I’m not here to criticize anyone’s listening habits, preferences, or tastes, only you know what’s right for you.

Anyway, to those looking for ways to stretch out in ways that feel both organic and inspired, here’s what I think tends to be the biggest obstacle to getting there: a lack of deep knowledge of the musical greats that have come before and made their mark on the artists you love... coupled with a lack of technical understanding of how those musos did what they did. 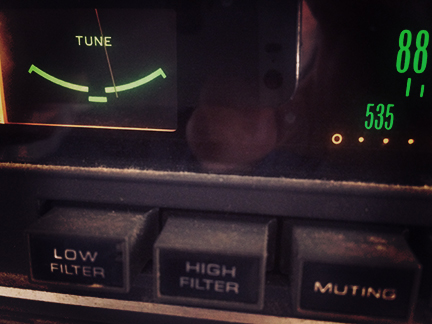 It seems to be the case that, for a great many songwriters, most (or all) of the music they love and listen to sounds a lot like the music they’re making, and vice versa. There’s absolutely nothing wrong with that, everyone should listen to whatever the hell strikes their fancy.

The hitch of it, at least from the outside, is that by immersing yourself in what is effectively a single sphere of influence, you create a fairly insular and relatively confined space for your creative mind to operate within, one which resonates fiercely in one part of the spectrum, but which lacks contrasting energies at different frequencies from distinctly different eras in time and cultural development.

Again, there’s nothing wrong with that. My only point is that, aside from producing music that doesn’t stray very far from the mark, the colors an insulated artist paints with and the tools they build with are similarly bounded, which in turn limits the kinds of possibilities they can see, let alone execute.

Here’s what seems to keep happening throughout the evolution of recorded music: an artist or group of artists come along that have successfully fused multiple sounds of the past, added one or four of their own unique personal twists, and shoved the whole package into some songs that moved a very large number of people very deeply. Then, a wave of young acts come along which fall into line with these pioneers, quickly adopting and absorbing the bold new thing and immersing themselves in it so completely, so devotedly, that this thing which was born of a great many tricks becomes, ironically, the only trick in their wheelhouse.

They sound like the innovators, but they do not innovate, they simply replicate. 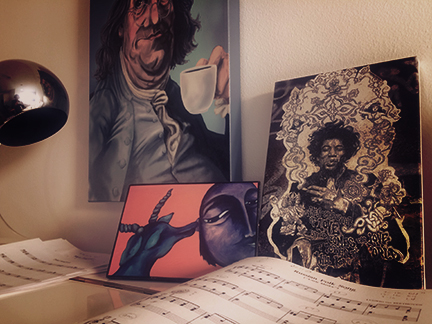 At some point, when the replication is so pervasive that what was new has now become common and lost its magical glow, artists and listeners alike will grow restless and disenchanted, until some new breed of widely-influenced, different-enough-to-feel-new creative wave comes crashing down, taking everything and everyone by storm, and the cycle repeats itself.

So if any part of you is wanting or hoping to be your own version of the pioneer, here’s my advice: tap into that part of you that is eternally curious and open minded, spider your attention outwards, and dip your toes into the waters of the artists who are loved by the artists you love. But heads up: if those influences-on-your-influences don’t stray too far from the path you already know, if you find that Band X’s favorite Bands sound a lot like Band X, you have to go farther down the rabbit hole.

That, for me, was where the magic really started to happen, when I started listening to and vibing with the artists that influenced the artists who influenced the artists that initially influenced me. Straying that far afield from the familiar, I was forced to open my ears and suspend my judgment of what was good, of what made sense. In the process I started to hear things that I always thought were new, but it turns out were quite old. In fact, in just about anything you can play me, I can trace multiple direct lines back to music made at least 20 years prior, often 50 years or more.

The more music you know, the easier it is to hear the connections between everything. Better still, the more you understand the language of music --- in particular, chord theory --- the more ideas you will get in the process of discovering those connections, the more diversity there will be in the forms of inspiration that come to you. 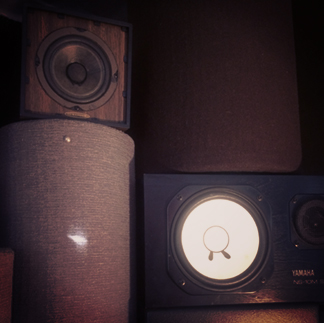 So if you adore Radiohead, get to know the album Fragile by Yes, not necessarily because you’ll love Yes, but because an attentive non-judgmental listen to that record will help you understand where some of Radiohead’s idioms come from. Then spend some time with the enchanting arrangements of Nick Drake’s Five Leaves Left, loop back through the heroin-drenched modal jazz of Miles Davis’ Kind of Blue, skip over to the spooky spaghetti western soundtracks of Ennio Morricone, and finally try to dig up some turn-of-the-century lovely-orbs-floating-through-space ambient IDM as personified by Arovane’s Atol Scrap.

Hell, even if you don’t like Radiohead, try taking that musical journey anyway. Listen to the first and last song from each record and try to find just one thing that you either like or at least recognize as the genetics of something you thought was born at a later time. Then start digging into your own catalog, and being the game of spidering out. Interviews with artists are particularly revealing, as they often share what moved them and the info can be as surprising as it is mind-bending.

Do that, and your personal bag of tricks grows exponentially. Even better, the ability of a listener to hear your song and think “that sounds a lot like…” diminishes in equal measure. Sure, few people mind being told their music sounds like the music of their heroes. But in my experience, it’s far more gratifying to be told that it doesn’t sound quite like anything else that’s come before.

Until next time, keep pushing outwards!