How to record and process vocals so they sit perfectly in the mix, connected to the song, with no weird resonances or peaky overtones.

One of my benchmarks for a killer production is a well-behaved vocal that sits perfectly in the mix, with no weird resonances or peaky overtones, a sense of connection to the music around it, and the kind of clarity that lets me feel like I can hear and understand the singer, even if I actually can’t decipher all the lyrics.

The road from a raw, unprocessed vocal track to something resembling the above is often long, tedious, and full of creative processing and clever audio trickery. If you’re lucky, a few tweaks with compressor and an eq are all you need, but most of the times you’ll need a lot more than that. Parallel processes, distortion, time based effects, rhythm and pitch adjustments, and intense automation are all part of my usual workflow on vocals, with the primary goal being to create a vocal which sounds, ironically, like nothing much was done to it. 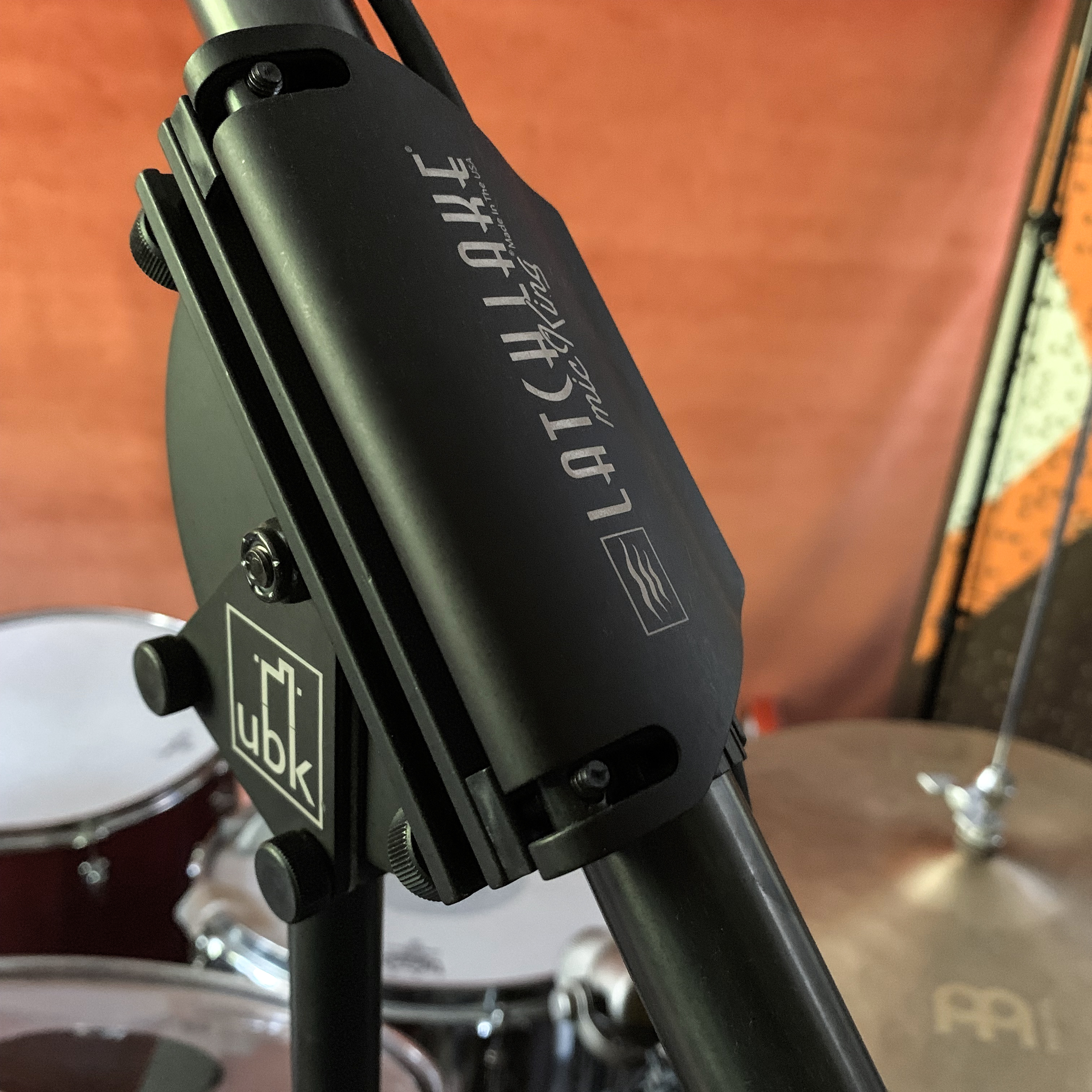 The first task is general loudness control, using a combination of compression and automation to smooth out peaks, pull up the quiet stuff, and add the beginnings of density to the sound and urgency to the performance. Troublesome peaks are very common with singers who lack dynamic control and/or mic technique, coupled with engineers don’t put the right mic in the right place, and/or record in a room that’s too dead and thus lacks any healthy ambience and natural compression. The worst vocals suffer from all 3 factors and are incredibly hard to work with, the sound is unnaturally tiny yet wildly dynamic and difficult to control.

So if you actually record these singers, your first line of remedy is to improve the source by recording in a space with livelier but well-controlled reflections, with a mic that’s as far from the singer as you can stomach (12-18” makes life easy if the room is kind).

From there, your skills as a compressor operator will make wwaaayyyy more difference than the compressor you use. I can tame almost any vocal with almost any compressor, so I choose my comp based on the texture and vibe it produces.

When presented with intense dynamics, it can be tempting to respond with very high ratios (10:1 or more) and faster attack times. Sometimes that works, but more often it introduces more problems than it solves. I strongly encourage experimentation with lower ratios and deeper thresholds; personally, I *love* Novatron’s Limit mode, whose 6:1 ratio and medium knee are the perfect ‘Goldilocks’ settings on most sources: not too aggressive, not too mellow.

If you use that and the vocal feels too ‘crushed’, it could be from too much GR but it could also be from too fast of an attack. Open up the attack a bit and if it loses control, compensate with a few extra ticks on the Compression knob (deeper Threshold).

If the vocal feels too ‘urgent’ the release is likely too fast, whereas if it feels to squishy or pumping it’s likely too slow. The interplay of attack, release, and threshold is complex and the number of possible textures is vast, it takes time to learn to hear all the subtleties at play. 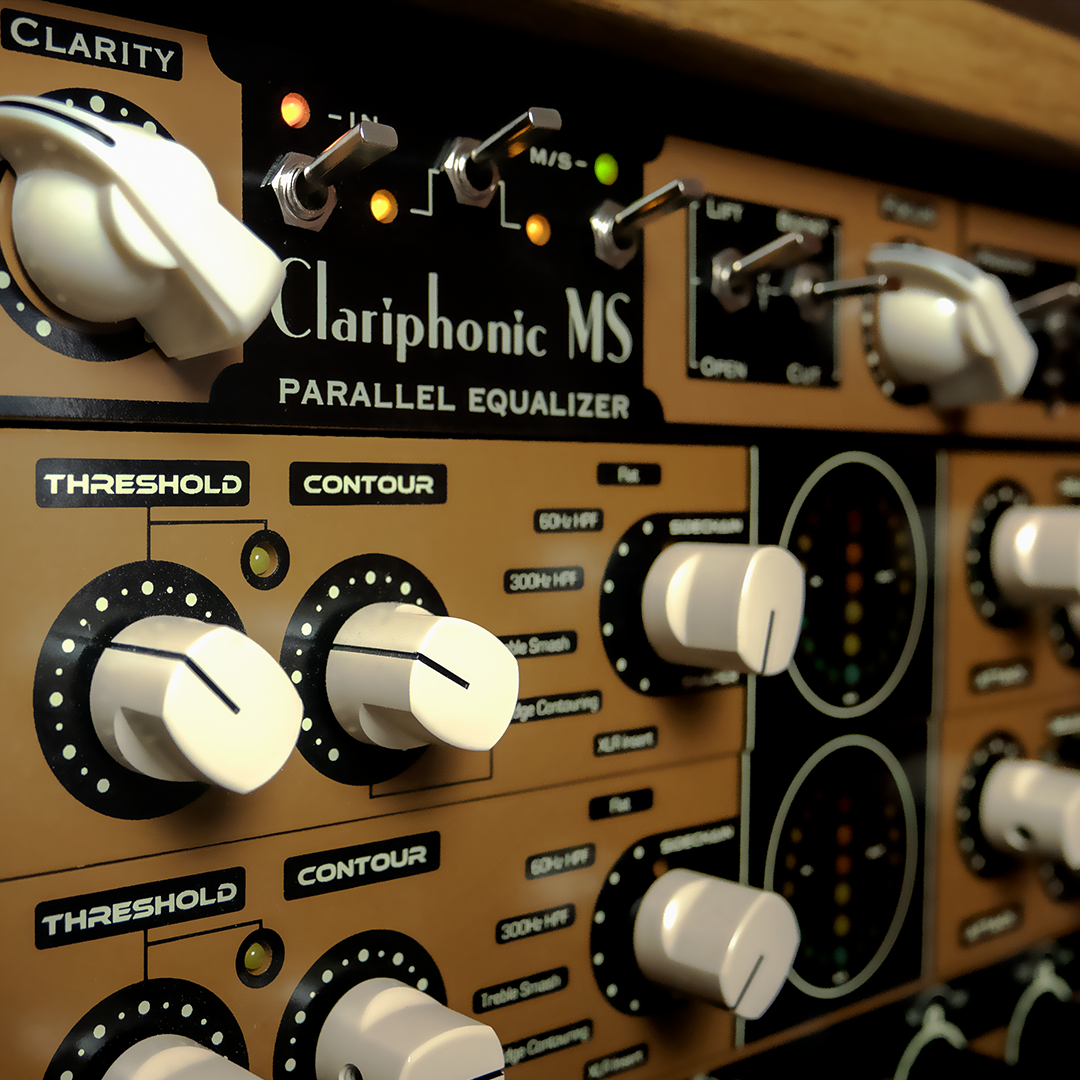 So to help your brain break its patterns and hear in new ways, try changing the ‘context’ you work in. Don’t work on a solo’d vocal, and don’t work while the full mix is playing. Instead, solo just the bass and lead vocal and shape your vocal that way. Or rhythm guitar and kick. Play around with different trios of sounds, keep changing it up so you don’t get habituated.

EQ before compression will increase or decrease the density of frequency ranges; pre-comp cuts around 200Hz on a male or 400Hz on a female can increase clarity. EQ after compression can restore a feeling of dynamics without actually bringing back the peaks you tamed; broad pushes at 1.5k can pull a vocal forward without disconnecting it to the music, while cuts in the same area push it back into the music without sacrificing clarity.

If you’re struggling with overall level, make sure the vocal sibilance is reasonably related to the other high frees in the mix. If ‘esses’ and ‘tees’ jump out way beyond the hi hats, the voice can sound too loud even though it isn’t, it’s just too airy. De-essing or HF cuts are the solution here. If sibilance is good, make sure low mids are likewise in proportion. A warm, thick voice sounds great on its own, but can feel too heavy and ‘on top of’ the music no matter what. 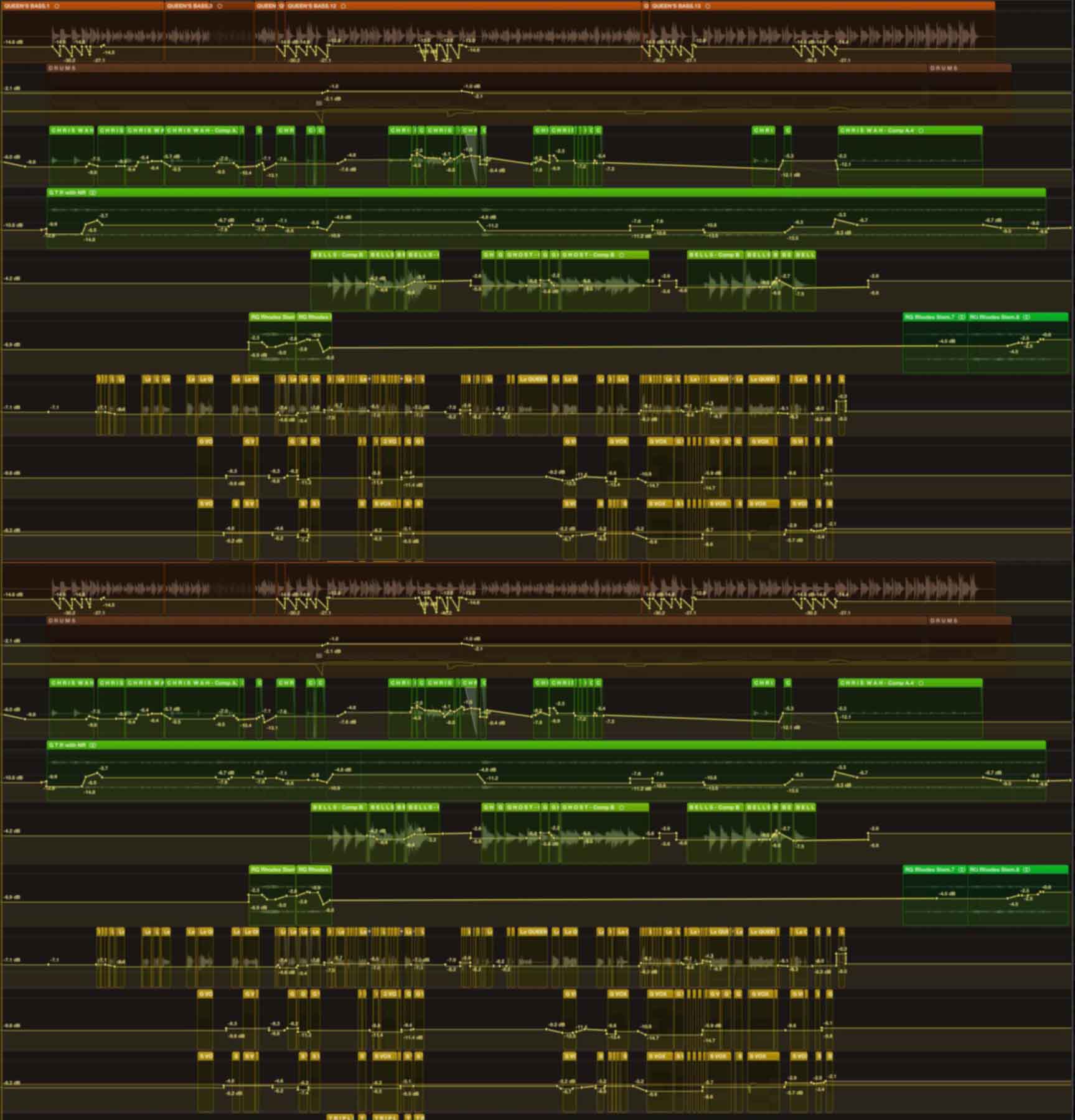 A SHORT DELAY CAN GLUE THE VOCAL TO YOUR MIX.

Don’t forget the power of basic effects, a lot of people seem to struggle with eq and compression when in fact the voice is simply too dry, so it doesn’t connect back to the music around it. A deeply low passed (600Hz-1k) , stereo 1/4-note delay with a small (10-30ms) offset between L & R delay times is for me an almost foolproof ‘vocal glue’ that also warms and thickens a voice nicely.

Finally, the power of automation cannot be overstated on vocals. Automating the craziest peaks with a trim plugin before your first compressor will reduce the effort that comp has to exert, and make it easier to find a single setting that works across the whole performance. Automating the vocal after all your processing, in my experience, absolutely essential to keeping that voice in focus as the song around it rises, falls, shifts, and changes.

There are times when I’m pulling out individual words by 3dB or even 6dB to maintain intelligibility, especially during transitions but sometimes just because the word was delivered too softly or without enough resonance. It’s crazy how far forward you can pull an element to grab the listener’s ear and then, over the course of a beat or a measure or even a section, ride that element way back down into the mix and the listener can still hear it clearly, because their perceptual focus has been managed.

And that, in essence, is the heart of what mixing is about: managing the listener’s attention at all times to make sure the story of the music is told exactly the way you want it told. Bold moves are your friend, as are bold choices and even bolder executions. The more automation nodes I’m seeing across my tracks, the happier I am!